Thank you for taking the time to read my annual recap.  I hope the New Year is treating you well, wherever you may be.

2015 was a centennial year for three important figures in American music – Billie Holiday, Frank Sinatra, and Billy Strayhorn.  My children and I enjoyed an afternoon at the New York Public Library of the Performing Arts exhibit on Frank Sinatra.  I have included some pictures below.  My favorite was the touch screen virtual “jukebox.”

2015 was a great year for me to get my voice back in shape and to get back into the business of singing.  I had another wonderful experience at the Make Music NY gig sponsored by Manhattan Borough President Gale Brewer.  The weather was extremely hot, but we were a diehard group of performers and audience members!!  I also had a fun opportunity to sing at a new Danny Meyer venue called Porchlight Bar.  I worked with pianist Misha Piatigorsky for the first time and we breezed our way through a set list from Hoagy Carmichael to James Brown.

I look for 2016 to bring more of the above!!  If you are in the metropolitan NYC area or know someone who lives here who is looking for music for their venue or event, please have them contact me at 646-583-1370.  I’m always pursuing new opportunities and leads.  I also promise to post more photos and videos (and maybe launch a new mobile site) in 2016. 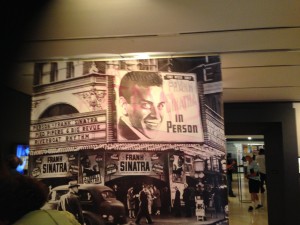 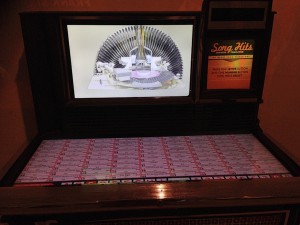 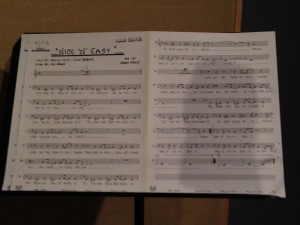 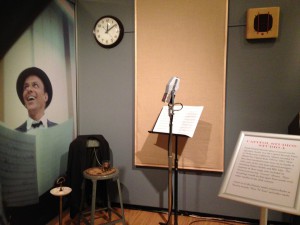 Well, I have to admit this is not recent news, but between the gigs I did this summer and the kids I didn’t get a chance to do this earlier…

In June the New York Times published, “Cabaret: Precarious but Resilient,” by Stephen Holden.  The article was in effect the cabaret version of last year’s “Can Jazz Be Saved?” by Terry Teachout, published in the Wall Street Journal.  While one can never predict the future, I hope that the venues, which Holden mentions in his article (Carlyle, Feinstein’s), will still welcome standards singers and performers who give intimate, lyrically-focused performances, when I’m older.  Obviously, I have my own selfish reasons.  However, I feel strongly about standards as our cultural history, and I think that there need to be venues in which standards continue to be performed live.  I also feel very strongly about the craft of what could best be described as “cabaret” performance, and believe that there should be a place for this tradition as well, particularly as an alternative to the fireworks/acrobats/dancers spectacle of stadium shows and the vacant stare/closed eyes throughout gig routine that you see with some musicians.  I like to be optimistic that this will come to pass, although I am very aware of what the challenges are.  I envision a future in which venues such as the Carlyle and Feinstein’s become showplaces for whomever is the nostalgia/cool alt act for the current generation of 60-, 70-, and 80-somethings.  When I’m an old lady, I imagine acts like Sarah McLachlan, Jewel, and Wilco will be playing these rooms.  Here’s hoping I’m wrong!!

During the previous month, May, I came across a Yahoo! Music blog post concerning the Sinatra-themed episode of the latest season of American Idol.  I don’t watch American Idol, so my comments refer only to the blog post and the corresponding comments.  The blogger commented that forcing the contestants into a big band format for this episode did not allow the contestants to sound “current and relevant” and did not allow them to interpret the music in their own style.  With all due respect to Harry Connick, Jr., who I think is super cool, I wouldn’t doubt that this was the case.  I love the big band sound and I would love to make a big band record, but I do think that the big band sound with reference to standards is sooooooooooooo cliche.  There’s no faster way to date this music than to force it into the “big band” box.  I know that there are people out there who only want to hear standards this way, but it pains me to think of all the potential listeners who were lost, because they get the impression that the only way to sing a standard is with a big band.

The following comments regarding this blog post were simultaneously enlightening, comical, and depressing to this standards singer.  The comments which elicited the most guffaws were the “the copyrights for those songs would be cheaper than for a hit single written in the last five years” and “frankly its just easier to sing older sings that are probably in the public domain” comments.  Lower royalties for older songs!?!?  Older songs are automatically in the public domain!?!?  When I first read these comments, I couldn’t believe how ignorant these people are about the music business.  I’ve since lessened my criticism, because I realize that if I wasn’t a standards singer, I probably wouldn’t know that you have to pay royalties to record/publicly perform this music, and that the cost is the same for “California Gurls” as it is for “Our Love is Here to Stay.”

The comments which elicited the most groans were the “Who knows Sinatra songs besides the older generation(no offense)” and “Why not let them sing more current songs so even the audience can reconize the material” comments.  Ugh.  Ours will probably never be a culture which appreciates art for its intrinsic historic and artistic value, so I know its not even worth thinking about.  Ours is a commoditized, commercialized culture with, as I once heard Aretha Franklin say, an “emphasis on youth.”  One could make the cynical argument that this American Idol episode was not about how wonderful the songs are or how great Frank Sinatra was, but was in fact just one big commercial for Harry Connick Jr.’s shows on Broadway this past summer.  That said, given that there have been other standards/big band episodes during previous seasons of American Idol, there has to be some interest in this genre.  If truly no one was watching these episodes, I just don’t think they would repeat this theme.  Also, this is a family program, and this music is appropriate for that kind of audience, since it is not lewd.

Thankfully, there were scattered comments in support of this music throughout the posts, such as “If you can sing Sinatra then you’ve got real talent.”  My favorite though was “Just like Kelly Clarkson in season one…if you can sing big band…you CAN sing!”  To which I say a simple Amen!!